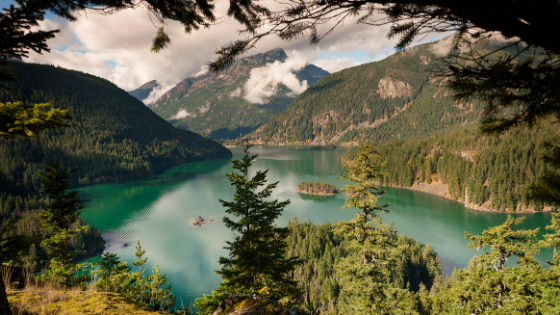 Calling All Healthcare Professionals to Washington

Located in the Pacific Northwest region of the United States, Washington has many attractive qualities when considering temporary healthcare assignments. The Evergreen State has no state income tax, two distinct climate zones (not just rain!), five active volcanos, three national parks, and was named the most bike-friendly state in 2015 by the League of American Bicyclists. Divided longitudinally by the Cascade Mountain Range, the west side of the state is generally cooler, wetter, with a narrower range of temperatures, while the east side is more arid, warmer in the summer and colder in the winter. Read on for what else you can find in this stunning Pacific Northwest state.

Washington is second only to California in wine production with 900 wineries, 350 grape growers and 50,000 acres of vineyards, which is about the size of Napa Valley. Although the size is similar, the vineyards are spread over more area of the state, so your best bet is to pick a tour based on region and type of wine. If you’re more of a beer person, craft breweries are also gaining traction as Washington supplies the entire nation with over 65% of the hops used in beer production.

The largest city in the state, Seattle, is home to the Space Needle, Chihuly Garden and Glass, Pike Place Market, and many other attractions. Get a CityPass for discounted entry to several. You can’t visit Pike Place Market without stopping at the original Starbucks for a cup of coffee and the Pike Place Fish Market to catch a fish thrown by the fishmongers. The fish market was the inspiration for a well-known employee culture training course and you’ll be able to watch the four practices of The Fish Philosophy in action.

Housing in Washington, especially in the largest cities, can be expensive, but much affordable housing can still be found in the more populous western side of the state. Vancouver, Washington, near the Oregon state line, Tacoma, and Olympia are good alternatives to Seattle that keep you close to the bustle of a large city as well as the inlets and waterways that boarder most of the state’s west coast.

If you’re more suited to the more relaxed ways of small towns, Washington has plenty of those as well. To the east of the Cascade Mountains, dwellings become fewer and further between until you reach Spokane on the eastern edge of the state. This part of the state has unique geographic sights, more wineries, and Gonzaga University in that last major city before you hit Idaho.

One of the best things to do in the Pacific Northwest, especially in Washington, is to take a drive. Try any of these and other breathtaking road trips:

People who have ever lived in Washington often say you don’t live in Washington, you experience Washington. Check out the healthcare positions available on the LeaderStat job board and consider experiencing the PNW yourself.